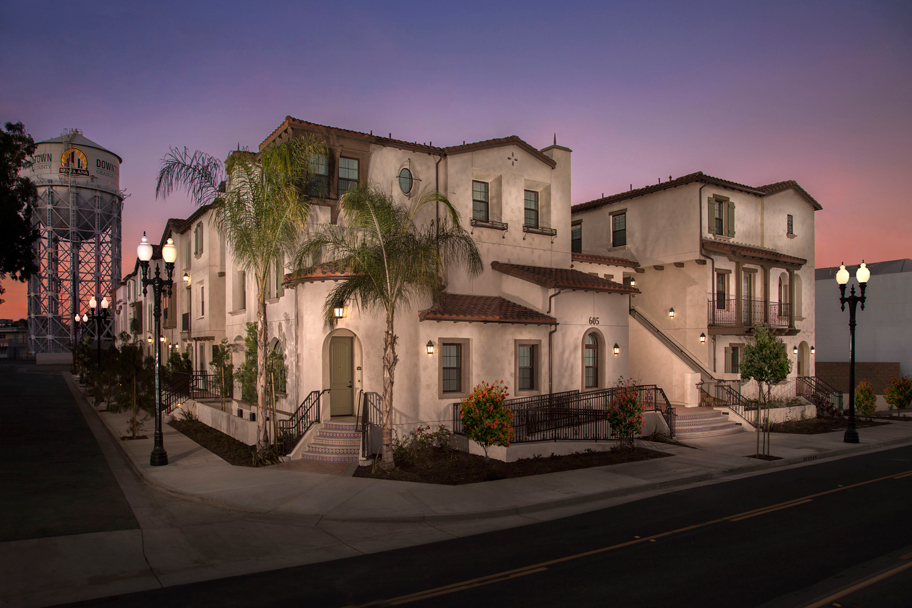 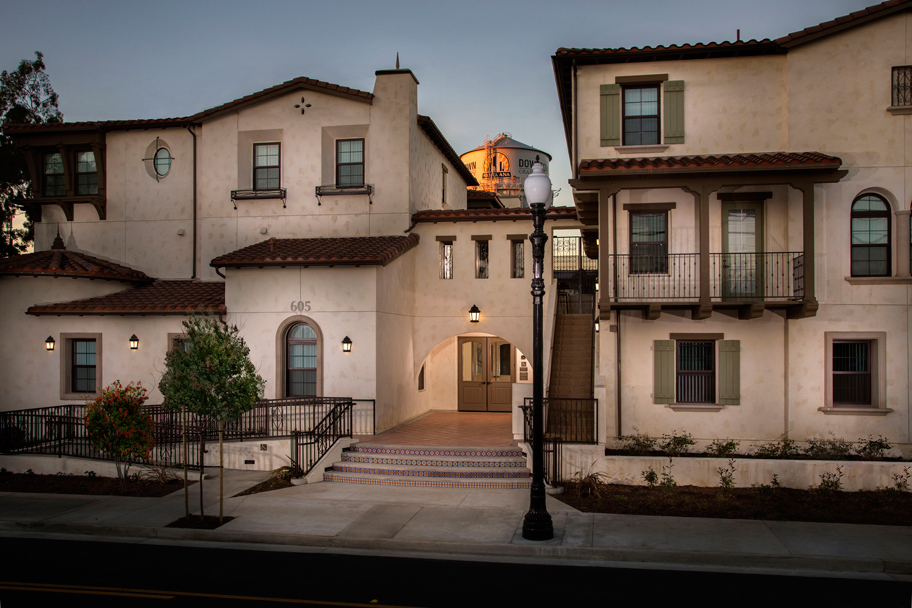 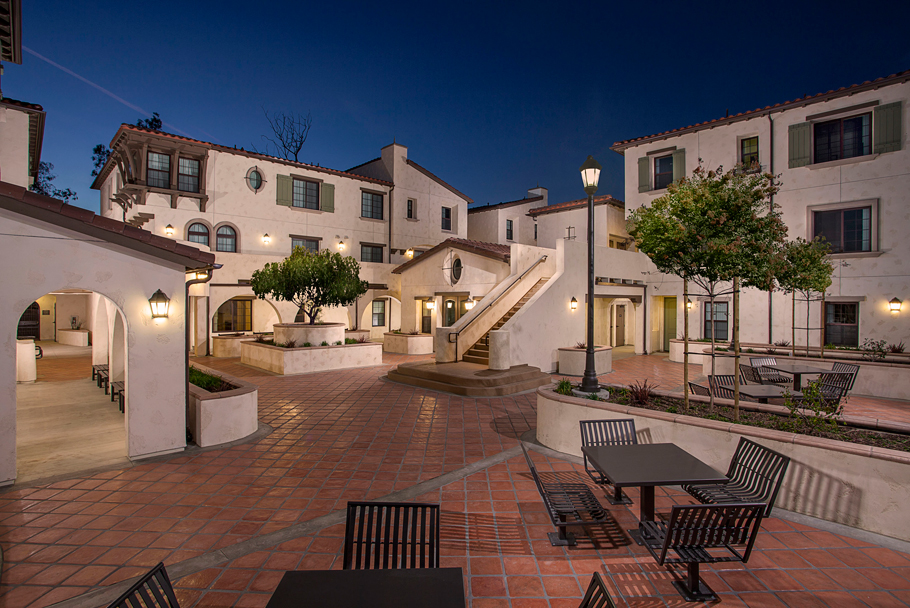 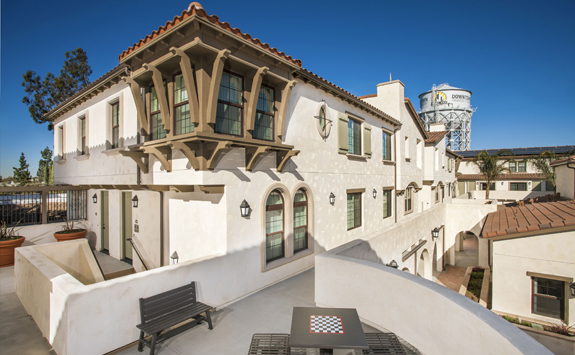 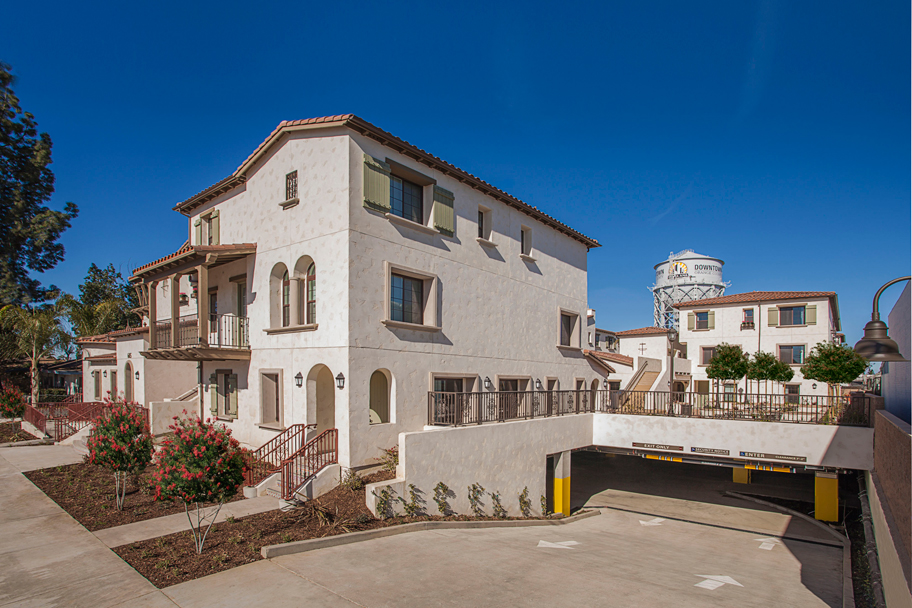 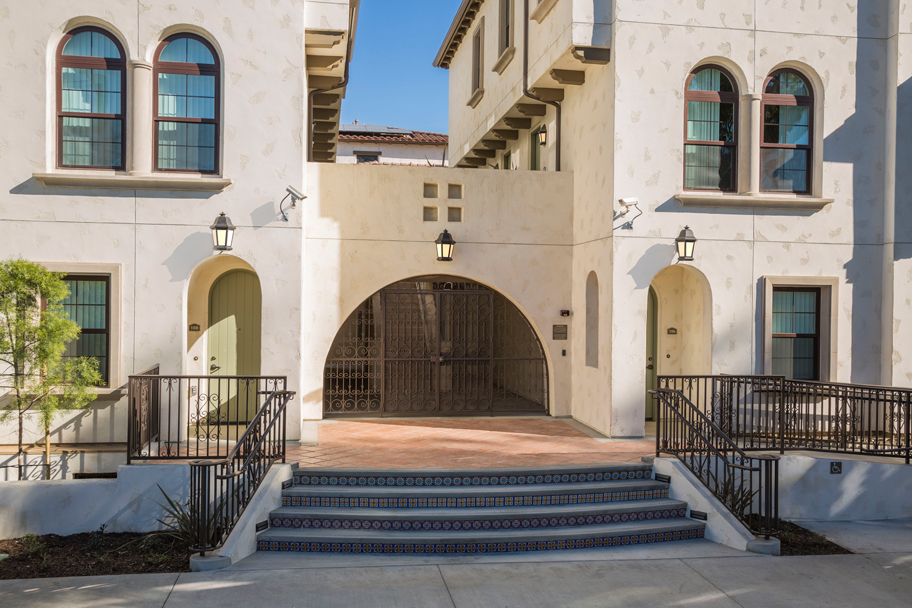 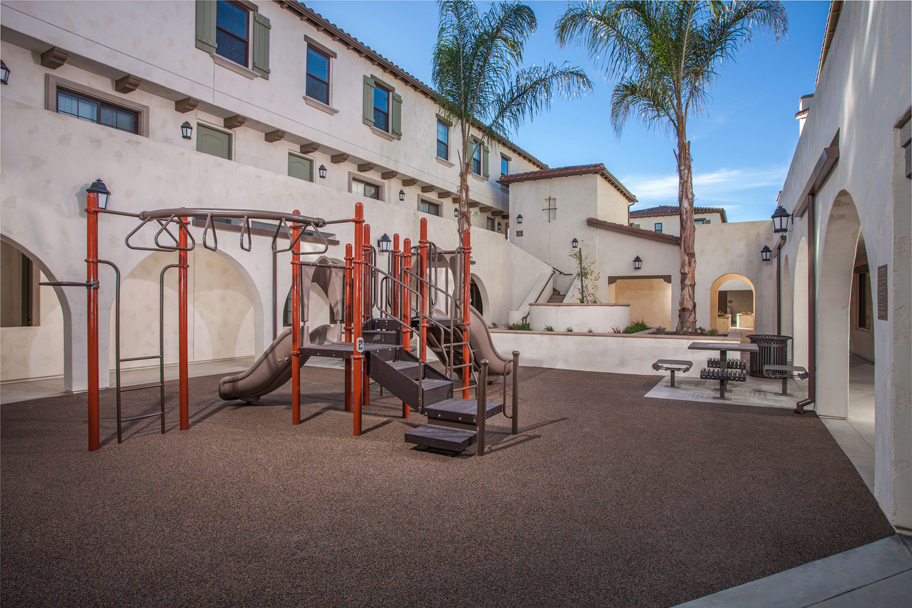 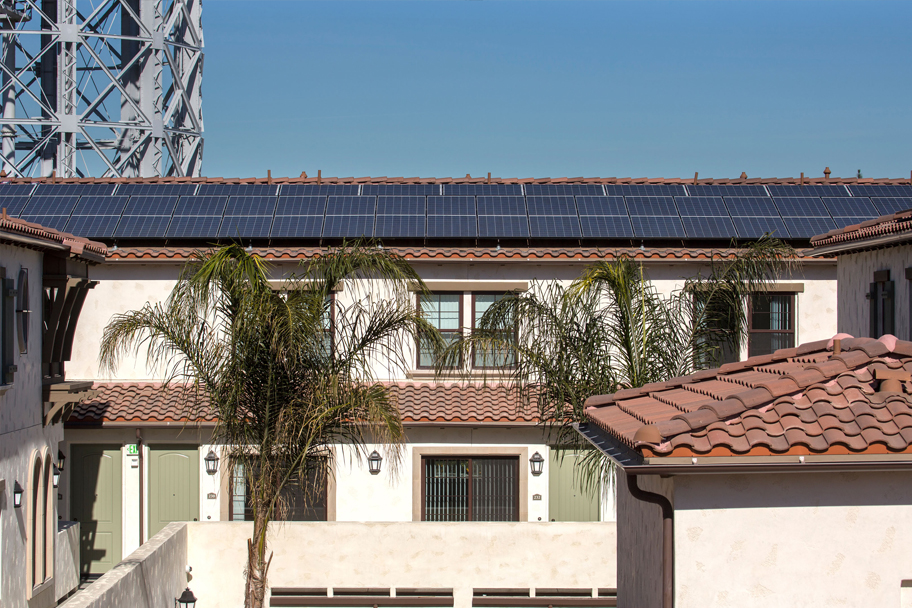 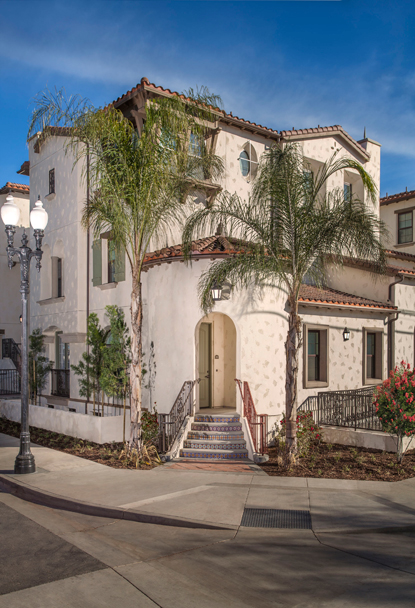 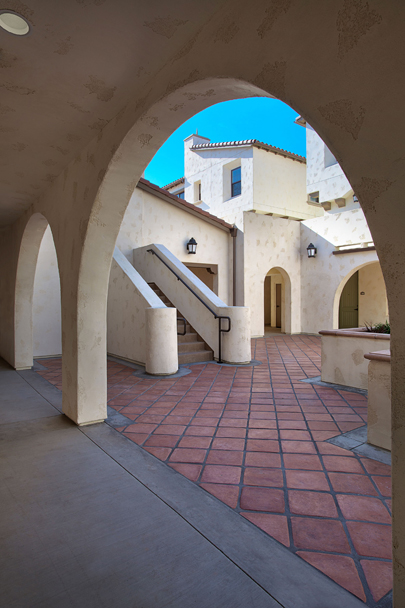 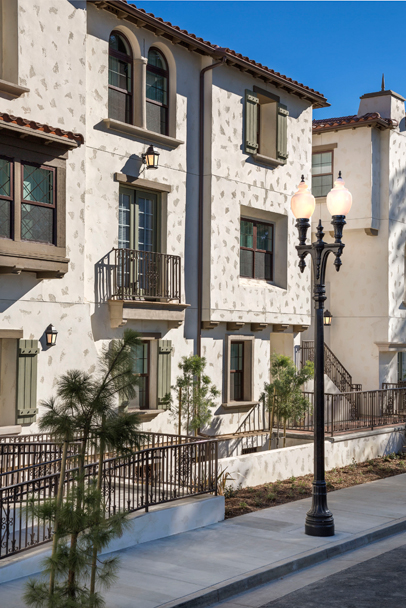 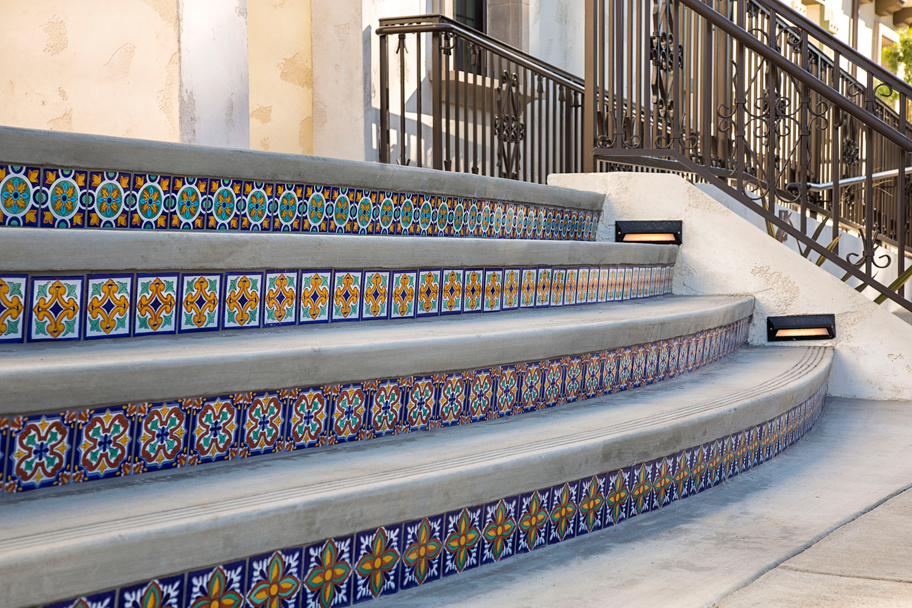 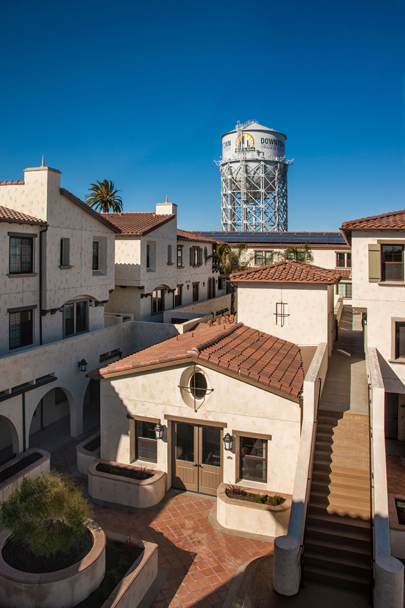 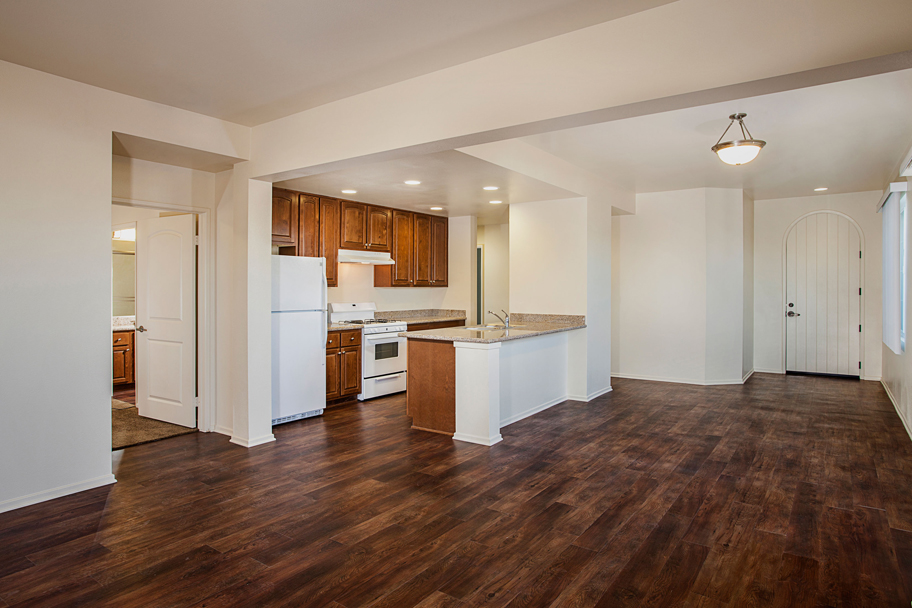 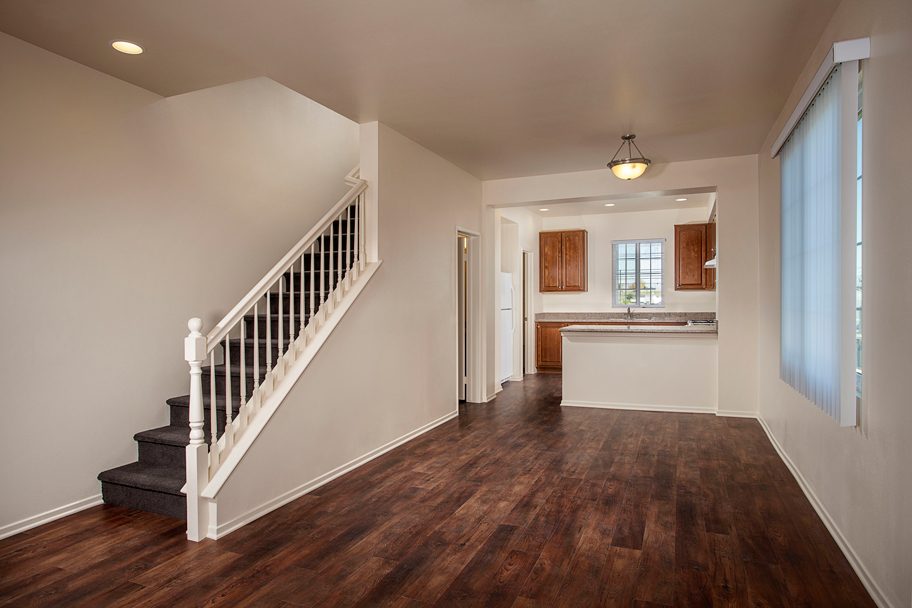 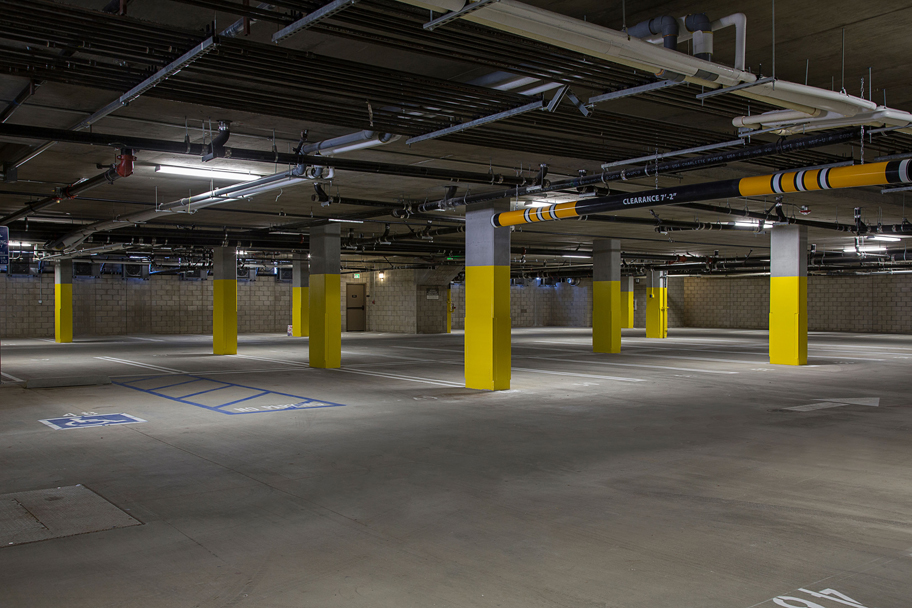 Terraces at Santiago is the first new apartment building to be developed within the City of Santa Ana’s new Station District Transit Zoning Code. The award-winning design of the 36-unit, urban infill multifamily building was a collaboration between the city’s planning and housing staffs, Orange Housing Development Corporation, C&C Development, and Bassenian Lagoni Architects.

A transit-oriented development, Terraces at Santiago is in a mixed zoning area with industrial users sharing property lines with the project to the north and the east. Appropriate site design and features were incorporated into the project to minimize the impact of the industrial users on the community and its residents.  As part of the entitlement process, Orange Housing and C&C held community meetings with the local neighborhood associations to receive input and incorporated the suggestions of the multiple stakeholders into the design of the building.

The building consists of a mix of two-, three-, and five-bedroom apartments. In keeping with surrounding neighborhoods, the property was designed with Spanish/Santa Barbara architectural influences.  The apartment units feature separate dining rooms, large kitchens, central air, and are furnished with energy efficient stoves and refrigerators.